Up to date, in addition to two products launched commercially and one product under NDA review, Henlius has conducted over 20 clinical studies for 10 products and 8 combination therapies worldwide. 汉利康® (HLX01, rituximab injection), the first product of Henlius, has been approved by the NMPA as China’s first biosimilar in February 2019. The second product HLX02 (Zercepac® in the EU, trastuzumab) was approved as the first Chinese mAb biosimilar launched in the EU in July 2020. It is also the first EU GMP-certificated Chinese mAb biosimilar. HLX02 is expected to be launched as the first Chinese trastuzumab biosimilar in China in 2020 to bring more treatment options to patients with HER2 positive breast and gastric cancer. HLX03 (adalimumab injection) was also accepted for NDA review and assigned to priority review list by the NMPA.

With our efficient and innovative in-house capabilities, we have developed a diversified and advanced drug pipeline with a focus in the fields of oncology, autoimmune diseases etc. 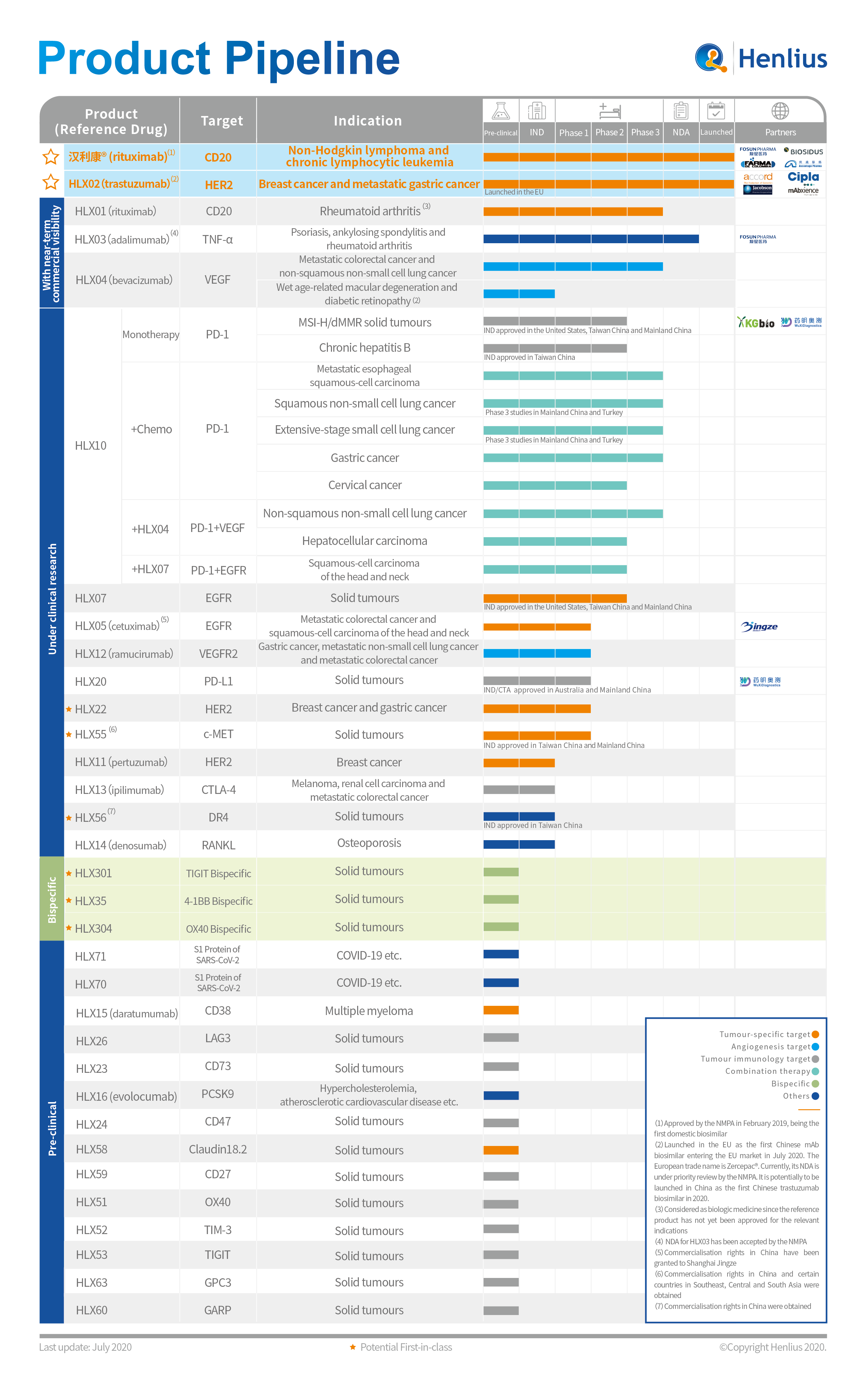